The news that Elon Musk (the richest man on the planet, whose fortune is estimated at more than $ 200 billion) bought a solid stake in Twitter (NYSE: TWTR) launched a powerful rally of the social network’s securities.

Musk is an innovator. He earned millions from PayPal (NASDAQ:PYPL), which he helped found, and earns billions from the production of electric vehicles by Tesla (NASDAQ:TSLA), of which he is the chief executive officer. He also owns, among others, SpaceX and Boring Company.

At first glance, Twitter seems to be a more “suitable” investment for media—oriented billionaires, such as Amazon (NASDAQ:AMZN) founder Jeff Bezos, who owns the Washington Post, or Rupert Murdoch, owner of Fox News (NASDAQ:FOX) and related companies. However, Musk and former Twitter CEO Jack Dorsey have one thing in common. We are talking about their faith in cryptocurrencies. Their tandem, combined with Dorsey’s Internet innovations, can give impetus to a new round of the “digital revolution”. 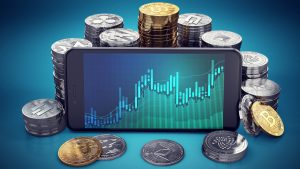 Elon Musk has never been shy about sharing his opinion, and he chose Twitter as a platform for statements. The initial news that Musk acquired more than 9% of the outstanding shares of TWTR and plans to take a seat on the company’s board of directors launched a rally of securities.

Last Sunday, Musk gave up his seat on Twitter’s board of directors. However, with this decision, he took himself out from under the rule that a director cannot own more than 14.9% of the company’s shares, reserving the possibility of a “hostile takeover” of Twitter. Based on the value of one share at $ 44.48, the market capitalization of TWTR is about $ 34 billion, which is quite “affordable” for a billionaire with $ 200 billion in assets.

Jack Dorsey is the co—founder of Twitter, as well as the founder and CEO of Block Inc (NYSE:SQ. Last year, Dorsey resigned as CEO of TWTR and devoted all his time to working on the SQ payment operator. Block is working on a cryptocurrency wallet.

After learning about Musk’s purchase of a stake in TWTR, Jack Dorsey said:

“I am very glad that Elon is joining the Twitter board of directors! He cares about our world and Twitter’s role in it. Parag (the current CEO of TWTR) and Elon lead from the heart, and they will be an incredible team.”

“I am pleased to announce that we are appointing @elonmusk to our board of directors! From the conversations we have had with Elon in recent weeks, it has become clear that he will be of great benefit to our council.”

Musk has previously criticized TWTR, saying that the social media platform does not “respect the principles of freedom of speech.”

After Musk decided to give up his seat on the board of directors, Agrawal told Twitter employees the following:

“We have a turbulent period ahead of us; don’t give in to the hype.”

And Musk has not restrained himself in expressions since it became known about his acquisition. Most recently, he asked his subscribers (of whom there are 81 million) whether the company should remove the letter “w” from the name, convert the company’s headquarters in San Francisco into a homeless shelter (since no one shows up there anyway), and “is Twitter dying?”.

Judging by these tweets, Musk does not look like a “team player”, but they fit perfectly into his image of a “troublemaker”.

Even before Musk announced the purchase of Twitter shares, he regularly used the platform to comment on cryptocurrencies. One of the billionaire’s favorites was Dogecoin, once launched as an ordinary joke.

In March 2022, Musk wrote on Twitter that he owns Bitcoin (BTC), ether (ETH) and Dogecoin tokens and has no plans to sell them. His tweets led to a surge in volatility in the cryptocurrency markets. Moreover, its support has repeatedly led to an increase in prices.

“If the price of bitcoin falls, I lose money. I pump up, but I don’t dump. I definitely don’t plan to pump up the price and sell or anything like that.”

Musk is a real disaster for regulators. His interest in TWTR and the possibility of a hostile takeover are likely to cause more than one drama.

Musk’s passion for digital currencies and habit of using TWTR as a platform for expressing his opinion almost certainly guarantee that regulators are closely monitoring the situation, since many investors are interested in the billionaire’s opinion on a variety of assets.

Dorsey believes in Bitcoin’s ability to change the world

At the end of last year (after leaving Twitter) Jack Dorsey spoke at a cryptocurrency conference in Miami, saying,

“If I didn’t work at Square or Twitter, I’d be working on bitcoin.”

His enthusiasm for the growing asset class is not inferior to Musk’s enthusiasm. At the end of last year, Dorsey changed the name of Square to Block and left Twitter because of his passion for digital assets.

Elon Musk and Jack Dorsey are not ordinary business magnates. It is noteworthy that they have other common features. They have billions at their disposal, they have created companies that change the world, support cryptocurrencies and have a big ego.

They are also rebels: Musk is not averse to smoking marijuana on the air, and Dorsey has turned from an ordinary young “tech guy” into a “bohemian wizard.”

Working together, these eccentric billionaires are able to solve storage and security problems, as well as push companies to adopt cryptocurrencies as full-fledged means of payment. Moreover, they can contribute to the development of social networks by removing numerous obstacles that have arisen in recent years.

Alternatively, they may come together in an epic struggle for control of Twitter; a clash of such large egos can cause a spike in the volatility of TWTR shares and lead to nothing good.

Musk and Dorsey have the potential to become a good team, but the likelihood of phenomenal success is adjacent to the threat of devastating consequences. For them, this whole epic may turn out to be a large-scale joke, and this makes investors nervous.

Bitcoin is on the verge of falling